Edit
watch 01:36
We're Getting Mutants in the MCU - The Loop
Do you like this video?
Play Sound

The Welder is an enemy encountered in The Facilities. They make their first appearance in E2M1: The Grainary and can be found throughout the game onwards.

When a player is spotted, Welders will ignite their flamethrowers and begin to move towards the player. Welders' footsteps have a distinct noise that can be used to detect hidden ones. Their primary attack consists of rapidly firing a barrage of fireballs from their flamethrower. These projectiles are colored slightly differently from Cultist fireballs and travel at a faster rate. Welders can be especially dangerous in closed areas where there is not much room to dodge. Upon death, Welders will burst into flames for a brief moment, then explode.

Since Welders have health pool of 400hp, continuous Assault Rifle fire or a single Hunting Rifle shot is enough to bring one down. Additionally, the Sword can be used to deflect most stray projectiles back at the Welder. The Welder's explode-on-death trait can be useful for clearing out smaller enemies that patrol with it, such as Possessed Soldiers, or other Welders. 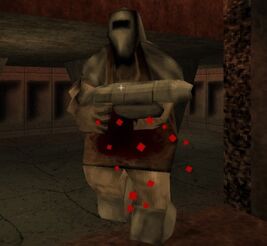 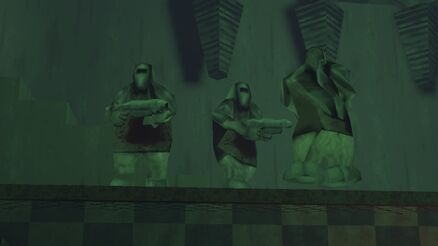 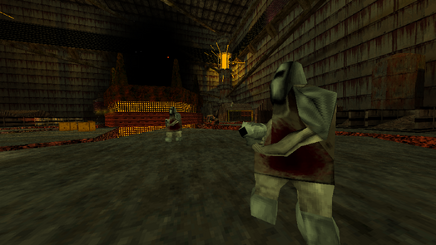