Dusk Wiki
Register
Don't have an account?
Sign In
Advertisement
in: DUSK, Enemies, The Foothills, The Facilities

Possessed Soldiers are enemies encountered in The Foothills. They make their first appearance in E1M8: Through the Gate and appear in multiple levels throughout the game, however several dead Soldiers can be seen in prior levels.

The group of Possessed Soldiers encountered in E1M8 are infighting with members of the Cult. They appear to be defending the gate to the town of DUSK from them, implying that they may not be fully possessed yet. 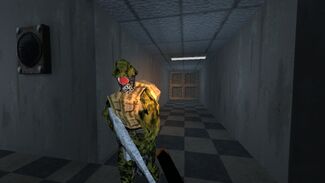 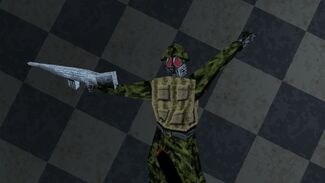 Possessed Soldiers will say a variety of voice lines upon spotting a player. These include: