Edit
watch 01:36
We're Getting Mutants in the MCU - The Loop
Do you like this video?
Play Sound
This article is a stub. You can help Dusk Wiki by expanding it.

Duskdude may also have a fear of or hatred towards frogs. Interacting with the cellar door outside of Duskdude's house in E3M7: Homecoming prompts him to say "Don't want to go down there. Too many frogs." This may tie in the appearance of the Horrors, which appear to have amphibian traits and otherwise may be the physical embodiment of Duskdude's fear of or hatred towards frogs. This may also be a reference to Stephen King's short story Rainy Season, the climax of which sees a couple's basement filled with killer frogs. 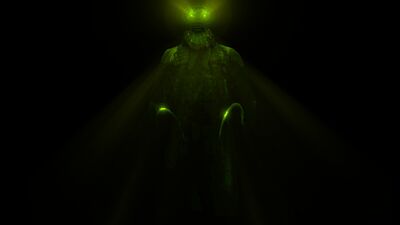