Edit
watch 01:36
We're Getting Mutants in the MCU - The Loop
Do you like this video?
Play Sound
This article may contain spoilers about the game

The Cowgirl is an enemy encountered in The Facilities. A single Cowgirl makes its first major appearance as a boss in E2M5: The Escher Labs, and soon appear as regular enemies throughout the game in the level after.

Cowgirls appear as tall, emaciated women wearing cowboy hats (which are grafted onto their heads). They are half-naked and have various mechanical augments, including robotic legs and a rocket launcher replacing the left arm. The Cowgirl's constant moaning may suggest that they were experimented on by The Military against their will.

Upon spotting a player, Cowgirls will moan and begin to move towards the player. Cowgirls can fire up to 5 high-speed rocket projectiles in a single barrage from their rocket launchers. They telegraph each barrage by bending over towards the player, an act which is accompanied by a long creaking noise; Cowgirls will immediately fire upon a visible player for as long as they're in firing "stance", so players who wish to avoid being fired upon should hide out of sight until the Cowgirl stands upright again. Cowgirls make a distinct squeaking noise when they move, giving away their position to players.

Because Cowgirls don't move while in firing stance, weapons that can do damage without requiring a direct line of sight such as the Crossbow and Mortar are very useful for exploiting the Cowgirl's immobility. Cowgirls give a short grace period between each firing stance, which can be taken advantage of with Riveter fire or point-blank Super Shotgun blasts.

Cowgirls are excellent for instigating monster infighting because of their large amount of health and damaging projectiles, which enable them to do significant damage to any monsters that are in their line of fire. They can also be hurt from their rockets' own splash damage, which can often cause Cowgirls to inadvertently suicide during prolonged bouts of infighting. Cowgirls have the largest health pool of any regular enemy at 2000hp. 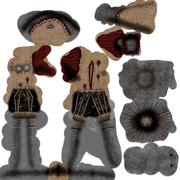 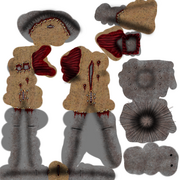 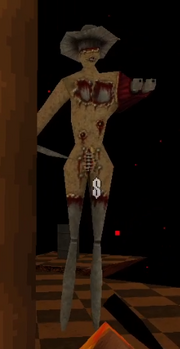 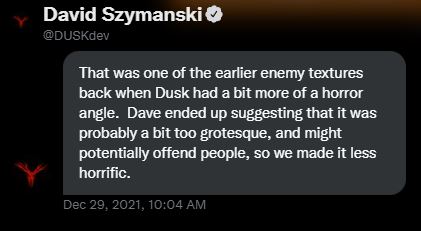